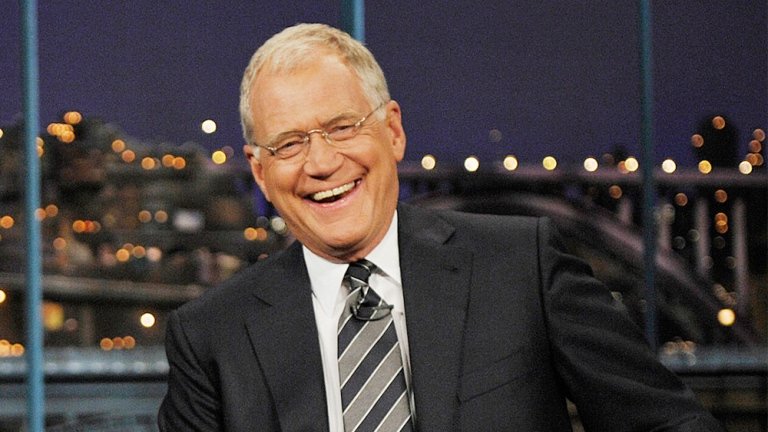 What if strategy began with notes, not words?

Famous people are, as a rule, annoying.

At the centre of their personal storytelling is a giant lie: that they got here by chance, that they owe all their success to anybody but themselves, and that every collaborator they have ever worked with is the essence of absolute genius.

The art of false humility (aka ‘humble bragging’) demands the constant use of deflection, and it grates on me every time.

Which goes to explain why I almost missed an important point David Letterman made during a recent New Yorker live interview.

An ’80s video segment his show created, called ‘The strong guy, the fat guy, the genius’ was brought up, to illustrate Letterman’s particular comic flair.

Since retirement, The Late Night host may have forgotten to shave these days, but he has surely not forgotten how to deflect. He busied himself explaining how the segment was the idea of someone else. And then he said something important: ‘Without the music, you’ve nothing…once you have the music, the piece writes itself’.

Letterman was referring to the folksy, tongue-in-cheek, Riders in the Sky-style track which accompanied the skit. With absolute clarity, this music sets up the tone, pace and narrative arc that the filmed skit must take. In effect, the music WAS the idea, and the script, performances and editing were there to support the musical vision. The strategic idea resided in the music.

Mmm, I thought. Maybe that deflection was actually called for in this instance, after all.

The best communicators have long understood the unique role of music in creativity. I recall listening to the (late, lamented) film director Anthony Minghella speak of the pre-production development for his movie Cold Mountain. Composer Gabriel Yared had written a key piece of music – the entry of Nicole Kidman’s character (Ada) into the life of her soon-to-be-lover Inman (Jude Law), whilst playing the piano on the back of a horse-drawn cart – way before shooting began.

Minghella told how he and Yared telephoned Kidman in Australia to allow her listen to the delicate melody which was her entrance. Yared’s composition was character as well as story – the most fully realised articulation of the meaning to be captured on film. The name of the track, ‘Ada Plays’, is true in more ways than one.

The great value of music is that it does not communicate by logic alone. Music leads with emotion. Take Spielberg’s Jaws, for instance. The insistent, repetitive two notes tell of threat and foreboding. The sudden rupture that occurs in the music is indeed plot line. Having established an overarching deep-water dread, music also neatly lets us know the facts: someone is dead, or perhaps dismembered.

Walking in New Zealand’s north island recently, I found myself ruminating on the essence of what makes that country stand apart. Kiwis’ current tourism campaign makes a claim (‘100% Pure New Zealand’) which simultaneously felt both bold and hollow to me.

It was only through listening to Maōri music – specifically a piece called Kua Rongo – that I understood why. The narrative of New Zealand is multi-layered. It is simple, naive and beautifully poetic – whilst also carrying with it a masculine fervour, and a ready punch of surprise. Kua Ronga tells all of this. Its enchanting notes hold the key to New Zealand’s story for tourism; a story the Kiwis have not yet fully mined.

Music gets a bum rap in the world of marketing, and is often the executional flourish. Beautiful, for sure – but subservient nonetheless. The implication is that music is there to bring life to ideas. But it is not true! Music does more than this! Music brings ideas to life.

I dream of running brand creativity and innovation workshops with clients, using music alone as stimulus.

In my La La dream workshops, we use musical exploration alone as a way to explain ideas. We use musical genres alone to more finely articulate an idea’s depth and differentiation. We use different expressions of the same song to explore the limits of innovation and the brand’s true footprint.

Do I believe that such an approach would deliver exceptional results? Well, yes, I sure do.

But it would also require a team to work together and transcend the rational to a dizzying degree. So much so that it may be nerve-making and ick-inducing too.

Often, we tailor innovation so as not to discomfit the most delicate flower in the room. In music workshops, this cannot fly!

In truth, music is so powerful that it can give away the soul when perhaps we only intended to trade in something more superficial. Music demands a complex and personal reaction – far away from the ‘linear innovation’ which has sanitised the practice of marketing.

So here I stand – a strategic music believer, in search of his marketing choir.

Is that you, too?

Maybe it’s time for us to take to the floor, and become famous through music’s strategic use. And then, like Letterman, we will get the opportunity to deflect, explaining how our great success had absolutely nothing to do with us at all.