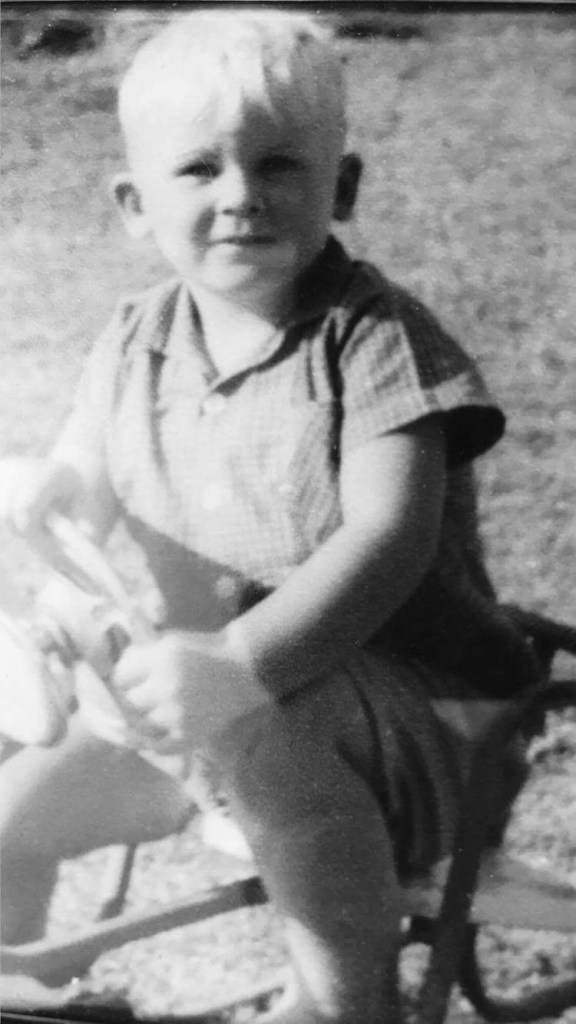 The remembered life of a young boy in outback Australia

Chapter 1: Man
In December 2016, Pete Kauter and I took an afternoon stroll along the beaches of Sydney, to talk the talk that had brought us together.

Sixteen years ago, for several months, we had house-shared in Dublin, and during that time we would discuss the world over dinner or seaside walks. I am vague on the details of those conversations – except, perhaps, Pete’s dry comment that having my therapist chase after me and invite me to Paris was a turn of events worthy of a Woody Allen movie – but I do remember the feeling of friendship. That simple pleasure of enjoying the company of someone of similar values; someone who loved to laugh; someone with an acerbic take on an oft-displeasing world.

Pete left Ireland on 9/11. I know this precisely, because he is part of my own September 11th narrative. I received a text from him at work, saying goodbye as he boarded a plane for London and, in a terse further sentence, remarking that it was ‘terrible what is going on in New York’. The second plane had just hit the tower. His text was the first I had heard of the events at Ground Zero. We were not to know the new world chapter that was unfolding – the one which Pete, in his familiar understated manner, had cause to announce.

He spent some more time in London before returning to Oz. We remained in intermittent phone contact, marking important moments in our lives. For me, the death of my Dad in 2011. For him, the untimely death of his mother some years previous. But I did not see him again until I finally made my way down under, late last year.

Perhaps it was the trigger of walking through Waverley Cemetery in Sydney that Michael came to mind. I knew the core of what had happened, for sure, but the detail had fallen away. It is not often that one reaches to a time before a friend is born to better understand that friend. But the story of Michael was an exception. He and Pete were viscerally linked.

I asked if he might recount Michael’s story again. It was not a request motivated by a desire to help Pete to some cathartic release. He was not in need of it. Rather, it was the storyteller’s desire to catch a single petal – and keep the essence of Pete’s brother forever, pressed between the pages of my digital copybook.

In this manner, Pete told me about the older brother he had never met but always knew. I wrote about it immediately. But to publish it as a travel blog post felt not quite right. No. We would wait until June 1st, International Children’s Day. Because Michael’s story is the tale of every loved child whose treasured life is lost.

Chapter 2: Mother
The town of Bourke, in upcountry New South Wales, Australia, declares itself the ‘gateway to the real outback’.

Surrounded by sheep stations of bewildering size, Bourke is a hardscrabble, burnt orange, essence-of-Australia kind of place. Wild rushes grow unexpectedly in and about the dusty town. Despite the rabid, scarring sun, a life-force flows here. Everything in Bourke is present because so, too, is the River Darling. The town is the love child of its meandering, ever-mudded mother.

It was to her parents’ home in Bourke, New South Wales that Lee Kauter drove, in 1966, her three young children in tow.

She needed to be with her own mother, who had just collapsed of a coronary and had been taken to the town’s small regional hospital, in critical condition. Lee hastily settled into her familial home and waited for the medics to telephone.

Despite her deep worry, the daily duties of motherhood must continue. The children were sticky after the day’s journey. The piping hot tap was already running in the bath. Her youngest son, Michael, nearly three years old, stood beside her in the bathroom, alongside his brother and sister. The phone rang.

Bath time. That moment of calm and transition. The ritual most loved by parents of young children. A signal of a day ebbing away, attended by the rushing force of sleep to bring peace where once there was hollering and babbling.

The shrill telephone ring down the corridor at Bourke cut the sound of hot running water with cold dread. It could only be the hospital. Lee was in a state of anxiety and fear for what the medics might say. Her mother’s life was in the balance.

She rushed to the phone, having turned off the tap, leaving her children standing by the bath.

Suddenly, confusingly, a piercing, urgent scream came from the bathroom. It grew in volume and alarm. All three children, wild with panic. Lee reached to take it all in. She dropped the phone, racing back up the corridor, to the bathroom.

Chapter 3: Michael
Pete had not heard the name Michael uttered in his home until he was seven or eight years old. It was a day like any other, only that Lee was baking a cake. ‘Peter my love’, she said, inviting him to sit beside her and listen. ‘I want to tell you about a special person’s birthday’.

As we walked the Sydney beach path through cove after cove on the winding road to Bondi, he described the changes that day in Bourke, back in 1966, had wrought on his Mum.

Photos of her in her younger days were carefree and sunny. But afterwards, she had become almost imperceptibly burdened. Not that many might notice. Unless you were her youngest son. Then, yes, you might notice.

In his twenties, he found a way to broach the subject directly. To allow Lee speak of Michael, and of what happened.

Lee recalled her absolute dread of the hospital’s call. The isolation of knowing her husband was a day’s drive away. The least of her worries that day, she said, were her three children.

Such a simple thing, running a bath. Such a simple detail of outback Australia back then, the fact that baths were filled by emptying the boiling water-tank first. This achieved an optimal bath – one with plenty of water in the tub, having mixed the piping water with plenty of cold.

Such a beautiful time for kids, bath-time. But it all went wrong. When Lee left the children alone, she had just finished emptying the hot water tank.

Michael, with the enthusiasm of a toddler, limbered up and jumped right into a boiling tub of water.

His older brother and sister, both under five years old, screamed out in distress. Michael yelled and yelled.

Life changed on the twist of a tap.

Within minutes, Lee had sunk into a nightmare of third degree burns, and a three year old lapsing into a coma. She rushed towards Bourke hospital not on one, but two, catastrophic counts. To be present at the ebbing life of her mother, and the extinguishing life of her son.

Chapter 4: Aftermath
Michael fell into a deep coma from which he never emerged. He died within 24 hours, before his father could get to his side. Perhaps a more sophisticated hospital might have been able to do something. But it was Bourke. And it was 1966.

Almost a decade later, to the enormous joy of a family still silently grieving, Pete Kauter was born. And life for his family, however imperfect, flowed on. On like the Darling River.