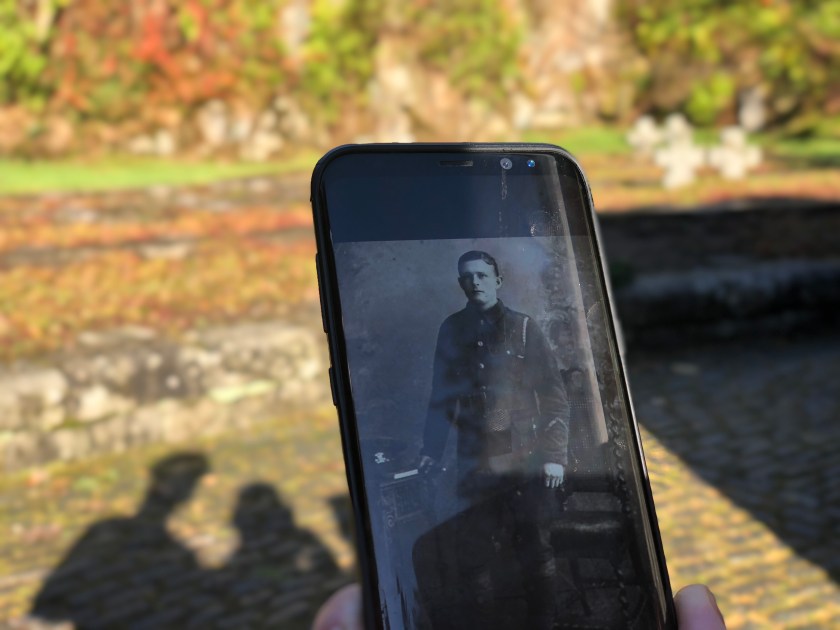 My Own Private Armistice

Lying in bed on the beautiful morning of the 11th of November 2018, I began reading a seven-page contract.

As business documents go, it was succinct, action-oriented and clear. I have seen lengthier papers describing the launch of a new variety of chocolate spread.

But this document sought to do something more fundamental. Its words described how World War One would end.

Armistice Day, the 11th November 1918, began in earnest at 5am on a train carriage belonging to the Wagons-Lits travel company, situated in a forest in the Picard region of northeast France.

The carriage was the product of French engineering, and had served as a dining wagon until August of that year. That is to say, on a table where croque-monsieurs and boeuf Bourginon were served to hungry rail passengers three months previous, the War to End All Wars was officially assigned its end.

Cessation of hostilities would come into effect six hours later, at 11am.

I became curious, as I read the contractual details of all that Germany was required to do, regarding how the German people greeted this news from the forest in Picard.

We are all familiar with the jubilant Armistice photographs from London, Manhattan and Paris. But what of Berlin?

I googled this question, using a multitude of word-options in my attempt to awaken the Googolic Algorithm Beast. I could find not a single image of Armistice Day taken in Germany.

The contract was signed between two parties, with profound meaning for each. And yet, it seemed that the German people’s voice went unrecorded, their response to peace largely undocumented.

And so, on a whim anchored in passion, I got in the car and travelled 30 minutes south of Dublin to Glencree, site of a beautiful Reconciliation Centre dedicated to resolving differences and conflicts peacefully.

Locked in a deep ravine, just beyond the Centre, there lies Ireland’s only German War Cemetery. Within it, 134 souls are interred – mostly from WW2, but including six soldiers of WW1.

My plan was to arrive before 11am, and mark the 100th anniversary of Armistice in their midst.

While my dog and I journeyed over the Wicklow Mountains, by way of the Military Road, I wondered what acts of symbolism might take place at the cemetery on this 11th day. As it happened, two others were thinking that same thought.

In the cemetery we found each other. Three Irish men, unknown to each other, standing apart at the gravesides of German soldiers, waiting for the hour to strike 11.

We were washed in a radiant November light in which the deep-green moss danced, hungry to show that it, for one, was alive.

Twelve stubby, beautiful crosses were placed about the small cemetery. They were erected, shoulder to shoulder, in pairs. Reposing far from the Fatherland, these soldiers would not enter eternity alone.

I stared down, and wondered what to wonder.

By the process of osmosis that brings strangers of common bond together, the three of us broke our silence and spoke.

‘Of course’, came the reply.

Neil explained how he admired what Germany has done for our modern Europe, and why a sense of history is important today.

Liam then came over, clad in lycra as he had arrived by bike.

‘Anyone speak German?’, he enquired.

‘What does Kriegstod mean?’. It was written on several of the gravestones.

‘War dead’, I replied, translating it literally from the German. We speculated that this could mean citizens as well as soldiers. (As it turns out, it does not. I later discovered the expression is better translated as ‘dead on the field of battle’.)

We stood and chatted.

Liam’s great grand-uncle, Patrick O’Brien, had fought with the British Army and died on the first day of Passchendaele at the age of 18. He showed us a picture of the young man. A tragic, beautiful story of youth. His body was never recovered. Some of the family’s blood being over there, in Flanders, it seemed symmetrical for Liam to be present here where young German men lay buried.

As we stood, our backs to the morning sun, a group of hikers came through. They surrounded graves, pointing, aware of the date and even the impending time.

But their interest was other. They had not found the solemn, meditative space of we three men.

The seconds to 11am ticked on.

I began to think of the glorious idea that Europe became, and the things that our forebears endured so that I might live the life I have chosen – wandering freely, working freely. I count British, Austrian, French and German citizens among my close friends. We have had the opportunity to know, to grow and to understand each other. And part of that tapestry was made possible because of what happened back then, and is here commemorated.

The three of us stood in silence, staring at those German graves.

‘In remembrance and sorrow’, he said. ‘That it may never happen again’.

His words lingered in the air.

We introduced ourselves, shook hands, and went our separate ways.