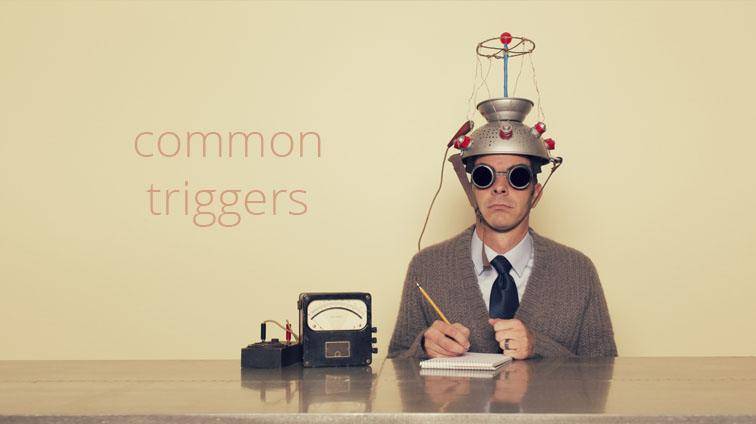 ASMR: one tingle and you’re tangled

My truncated opera career lasted four seasons. Being a late bloomer, I got cast in character roles because most every story features an old man in its plot. My fellow-singers were 15 years my junior, most at the beginning of their professional singing careers. At the age of 40, I had come along for the ride. I hold many signal memories from that musical period in my life, but one lives more vibrantly than all others. It was an experience of ASMR.

Autonomous Sensory Meridian Response (ASMR) is a sensation of euphoria generated by attention. Non-sexual in origin, it is a kind of relaxed tingling that emanates in the head, spreading through torso and limbs. It is the experience of sensorial decadence leading to time-expanding relaxation. Although not an experience that everyone encounters, ASMR is a gathering cultural force since its naming (via Facebook, that place in the world where every tribe finds its kin) in 2010.

It takes some time to wrap one’s head around exactly what it means.

We human beings are creatures of vision. 60% of our neurons are involved  in sight. Through our eyes we fashioned the competitive advantage which would bring us to dominate the world. For the time being. Ask 100 people with functioning senses which they would choose to give up first, and only 3% will choose sight. Sight is the sense we all wish to retain. (Our sense of smell is the sensory ugly sister – fully 50% are prepared to sacrifice it first.)

We live in a sensorial age. Senses are the gateway to experience and we are moving beyond sight. One is nothing if one is not multi-sensorial.

Take brand experiences, for example.  I recently spent two full minutes examining and admiring the individual wrappers of Riesen (chocolate-coated toffees which I highly recommend). The dual-textured, beautifully sculpted paper wrappers gave me almost as much pleasure as the chews inside, and significantly fewer calories.

A trip to the Stella Cinema in Rathmines is a sensory escape to 1920s opulence, full of visual, touch and olfactory triggers to charm you into another epoch and seduce you into its truly premium entertainment. The chintz, the velvet, the reclining angles, the clinking glasses, the dizzy aromas of citrus cocktails together are as important as the film on the Stella’s screen.

Sensory inducement can have its quasi-nefarious uses too. It appears that several models of car (Porsche, BMW, Ford) artificially amplify some engine-intake sounds, such is the connection between a meaty-sounding acceleration and the driver’s feeling of muscularity on the road.

But all of this sensory play is mere drum-roll for ASMR. A Google search in June 2018 returns 52 million results. ASMR is happening. Its fire is lit even if it still smoulders underground. Like taxation, hair transplants and the death of Princess Margaret, it is an intense experience which occurs in a private space. But this is not its destiny. It will play out in our lives and in our brands.

So, what’s it all about?

If the senses are a snowfall, ASMR is the joy of the snowflake placed under a microscope. With attention, we too become sensitive. We relax. We tingle. ASMR is not sexual, but it is biological.

It’s easy to find it faintly ridiculous. When a woman on Youtube whispers sweet nothings at you, while she brushes her hair or drums her nails on a wooden spoon, one can easily run for the hills. Yet, ASMR represents the gateway to a new language of relaxation. Its triggers are personal and oh so varied. Such triggers can be found in touch, in whispering, in the repetition of certain words (tusk, brush…), in turning pages, in simple focused attention. Just as some are colour-blind, so too are some people impervious to ASMR’s charms. This is not quite an absence, but rather variation in the chemical thresholds of experience.

Do you recall a significant experience of attention-driven sensory euphoria as a child? And as an adult, do you have an ASMR experience that stands out, even if you did not know what it was called? I find it useful to make a personal map of the geography of this newly defined landscape, as though constructing an alphabet on a path towards literacy.

Let me recount two personal experiences, to get the ball rolling…

The first happened when I was perhaps 8 years old. I was standing in the breakfast room at home, slowly rotating as my Mum placed pins in the hem of trousers which needed to be taken up. She was bent, busy at work, her sewing machine at the ready when her pinning work was done. Rotating to her gentle commands, and with my eyes closed, I recall the cold touch of the pins on my skin, the rub of fabric on my socks, the brushing of Mum’s hands as she did her work. It was a trance-like euphoric state for which I had no reference. Like most children, I was easily bored and rapidly distracted. But caught in that moment, rotating for my Mum as she pinned my pants, I would readily have remained for an eon.

That boyhood experience fully vanished until an adult experience brought it back to life and light. On stage, at the opera.

In Bizet’s passionate work of genius, my character Zuniga is the crotchety officer who comes in the way of Carmen and her lover Don José. At one point in the plot, Carmen mockingly flirts with the old man by singing in his ear: ‘L’amour est enfant de Bohème. Il n’a jamais jamais connu de loi’. The great mezzo-soprano (and friend) Doreen Curran sang those words directly into my ears, at the lowest volume and with the purest sound. This is Carmen’s intuitive act of seduction and derision, written into the music (sempre pp) and stage directions. As Doreen sang that line again and again in rehearsals, I remember thinking… This. This is more than sound. This is beauty I can touch, feel, believe. Her singing was mesmerising. My head was tingling. Both Zuniga and I had become ASMR captives, bound by Carmen’s sensorial web.