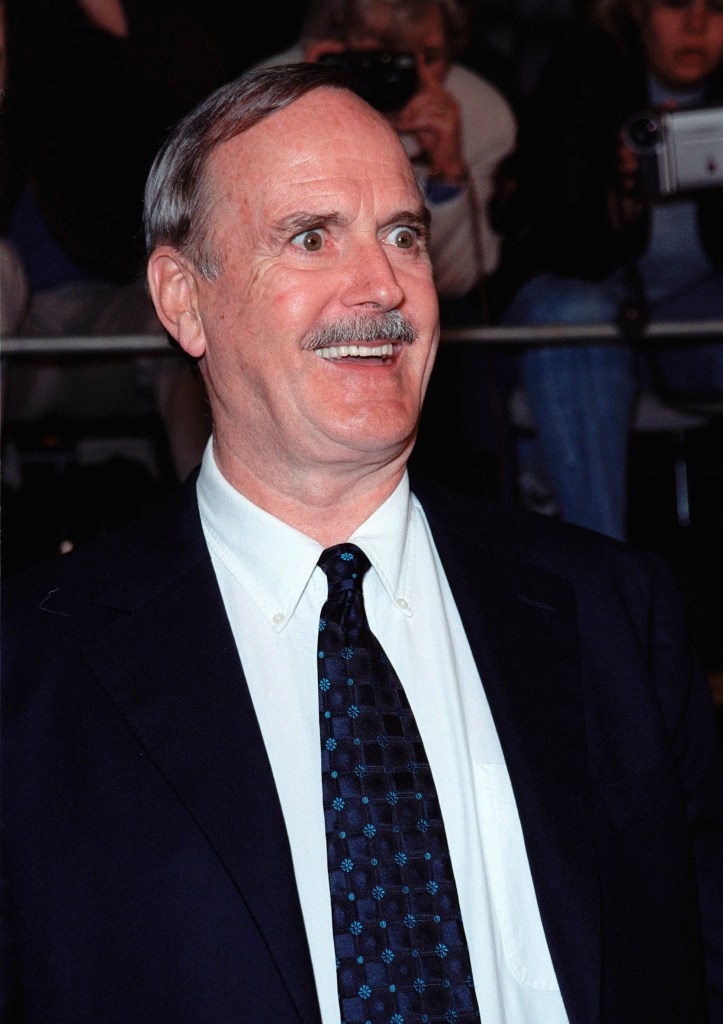 Works of genius do not happen by accident. Genius must work hard in the creation of its miracle. And before the masterful doing, there must come artful thinking.

These thoughts come to my mind as I have spent the last days in the aural company of John Cleese – comedian, actor and co-writer of Fawlty Towers. Like most of my media consumption of late, this intersection with Cleese was a result of unplanned fortune. Unplanned on my behalf at least. Though I assume the YouTube algorithm which connected us had been flashing the frills of its knickers for some time.

I listened to six hours of Writer’s Commentary in which Cleese narrates all twelve episodes of Fawlty Towers, explaining in fascinating detail the experience and insight behind creating one of the cultural masterpieces of the 20th Century.

Given the hogwash I click on in YouTubeLand in general, it was quite the find. I should note that the way I entertain myself has changed wholly this past wifi decade. Since many years I have become my own editor i.e. podcasts of my choosing; DVDs that I know will delight; Netflix emotional nutrition, made delicious in the form of The Crown.

But there are unanticipated consequences of such curated media consumption. I seem to have created my own little, hermetically sealed world of fancies. I consume my own headlines, and write my own opinion columns.

I was unaware, for example, that there were by-elections across Ireland until the evening of the vote, when a friend mentioned the Wexford contest. I bounced back some open question to him, in order to hide my shameful ignorance. A couple of months back, it took me a week to work out that the ‘World Cup’ happening in Japan was not the FIFA World Cup. I was happy finally to discover that Ireland had not mysteriously qualified in soccer without my noticing it, two years faster than I might have expected.

I really must pay more attention to rugby. It’s not as if its players are without their attractions.

Sometimes I emerge from my rabbit warren of cultural delights with all the wonder of Hiroo Onoda, the Japanese guerrilla fighter who continued to prosecute WWII on behalf of the Empire for a full 29 years after its surrender to American forces in 1945. Hiroo was stationed in an isolated jungle in an isolated Philippines archipelago. He is the spirit shamen of our new world. Although no man is an island, each man virtually creates his own.

I cannot tell you the joy it was, despite these misgivings, to listen to Cleese narrate the adventures of creating Fawlty Towers, some forty years after the event. He’s an old codger now, with an asthmatic rasp when he laughs, and an insistent interest in picking up young waitresses which caught my me too attention.

But such things are vapid criticism.

Cleese’s thinking is lucid and his memory clear – and he is here to tell the story of how the finest of all farces was made.

The principles he enumerates (I call them this; he would never be so tedious) are useful in any domain where strategy is relevant. Indeed, if you wish to engage and entertain people – be it for show-biz, or in the workplace, or in brand building, or down in pub – there may be something in the man’s genius that you can borrow.

Here is a medley of what I picked up:

(1) Give attention to the joke: the source of humour is always the focal point. All players must play in service of where the humour resides. It is the role of all actors to remain ego-less, and serve the joke. Cleese gives an example from Waldorf Salad (S2, E3), where the actor playing the bolchy American neither hogs the lines nor the camera, always pushing the focus back on Basil. Because in this script, that’s where the humour is found. I think this generosity of spirit, which serves the audience and not the ego, is something relevant in many realms of life. For example, I sometimes notice that brands advertise to their shareholders. (I’m too demure to mention which)

(2) Keep the pressure up. Comedy is about momentum. It is not about a single gag, but a roll of gags that together make the audience howl with laughter. Momentum is generated through speed, and through never letting up the pressure. Never missing the beat. Not breathing and relaxing and congratulating oneself. Pushing ever onwards.

As a singer I recognise this principle. Sometimes, I linger on a note because it’s enjoyable and sounds alright. The result is I slow the piece down, leave insufficient time to take a breath for the next phrase, and generally cause problems for myself and the song. Brands do this all the time. Rest on their laurels, see one success as all that’s needed. Politicians think one victory wins the war. But it’s not true. Because one gag alone never makes ’em howl.

(3) Great comedy has motivation. Things aren’t funny just because they’re witty. They are funny because they ring true. All of Basil’s travails emerge from fear of his wife and her wrath. Manuel’s ‘abuse’ at the hands of Basil is funny only because Manuel himself remains resolutely positive and is neither insulted nor rendered cynical by the actions of his Mister Fawlty. The Major’s senility is amusing to us, the audience, chiefly because he himself never minds being confused.

(4) Plot must be delivered with emotion. Sherman & Sherman know this only too well. A spoonful of sugar helps the medicine go down. Cleese narrates how he and Connie Booth (his co-writer, ex-wife and the actress who plays Polly) sought to lay down the information the audience must have in order to appreciate the story as it unfolds. He makes a good point. When ‘plot’ is bald  – perfunctory in manner – the audience is ripped out the story being told; it begins to doubt the action, and implicitly plays forward the import of the information, as if it now were the writers.

Explaining is a losing game.

Great storytelling inlays plot, wrapped in wit and emotion. In S2E5 Polly needs money because she’s overworked and underpaid (and this eventually gives her motivation to negotiate £100 from Basil in return for dressing up as his wife). Sybil is hurt, convinced her husband does not care for her (which sets up the stakes for a catastrophic secret celebration in one of my very favourite episodes, The Anniversary).

It is an axiom of brand-building that one should not advertise the strategy. To do so merits my favourite bitchy putdown of AgencyLand: ‘Your briefs are showing’. Indeed, there are many instances in life when to be blatant is to court failure. We land our mission more adeptly by leading our audience on a merry dance. How else would Boris Johnson be Prime Minister?

(5) Innovation takes time to land. When Fawlty Towers first came to BBC screens in 1975, it represented a new tone in British sitcoms. There were way more words, way more editing cuts, way more more intensity, way more character development than that which came before. The result was a slow-burn. Things that are truly new take time to find traction. People need time to discover the new thing they newly like. But when they do finally appreciate it, they love it all the more.

Innovation can be confronting. I like the old hack’s adage that ‘it took me 20 years to become an overnight success’. I am drawn to the idea that a quiet, halting reception to something truly new can be exactly what one should hope for. Overnight success is tenuous, and possibly untrue. Perhaps we need to recalibrate the conditions we lay down for success – in our professional lives, our creative lives and, indeed, our romantic lives…

John Cleese is a man of towering intellect as well as a gifted physical comic and giant creative force. He teaches the value of exceptional thinking as a necessary prelude to chaotic, hilarious, and unforgettable doing.