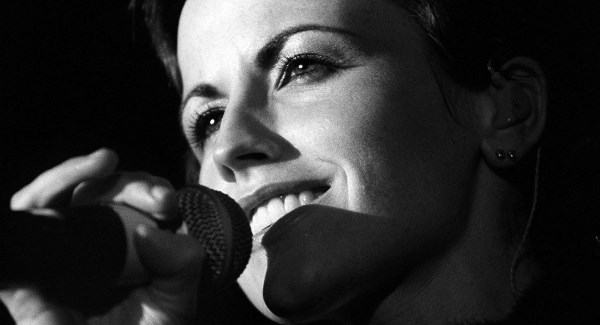 I had been travelling a long time before I recognised that no matter how good my hotel room was, it would never be as good as sleeping in my own home.

Judging a hotel is, for me, not the examination of luxury but rather the approximation to familiarity. It is for this reason that hotels give such focus to soft lighting, to the quality and choice of pillows, and to the heavy doors and carpeting which reduce the feeling of insecurity when random people pass your number on the corridor.

No matter how joyous I am to travel and see new things, how happy I am to sit in a bustling hotel lobby and observe the world that passes me by, I am rarely ecstatic to withdraw to my hotel room. These pods of affected privacy, stacked dozens high, are invented to keep us from each other, from our homes, and sometimes from ourselves.

Jimi. Janis. Oscar. Each found their end in a hotel room. I am, of course, pulling their names from a list of hundreds. And now one more joins their company. Beautiful, vulnerable, inimitable, Dolores.

I was young, Irish and abroad in the 90s which, definitionally, made me a cultural expert on Irishness during the period. It is only when the astronaut breaks free of gravity that he can see the glory of Earth’s dawn, the deep blue of her oceans, and the wholeness of her being. In those pre-internet days, I followed events at home as if they were the latest chapter of a serialised adventure novel.

Our country was hurtling through change. Change which, from my perspective, could not come soon enough. Indeed, its lacking, and the sense of injustice that accompanies stasis, was at the heart of why I had left.

Sinéad shed tears as she sang Nothing Compares To U straight to camera; our first female president was elected; divorce was legalised; homosexuality was decriminalised; Riverdance ruled the waves; Brian Keenan gave poetic beauty to his Lebanese nightmare in An Evil Cradling; Frank McCourt spoke of the misery and sadness of a Limerick childhood in Angela’s Ashes.

In the early 1990s, Dolores O’Riordan also dreamt her Dreams. Named for ‘Our Lady of Sorrows’, she brought a radiant joy to the period.

Although music has now returned to its essentially aural experience in the Spotify Era, in the 90s it was defined by video. I recognised Dolores before I knew The Cranberries. This elfin presence, this sound that was at once clear and clouded like she was singing in humid back flips, this utter intimacy of a woman’s voice, as if I was listening to her insides as well as looking at her outsides.

Dolores O’Riordan was not my number one muse of the time (Ana Torroja from Mecano and Sinéad O’Connor in her ‘I do not want what I haven’t got’ phase occupied that space, depending on whether I was in love, or not). Although I saw her live once, in Vienna in 1995 when The Cranberries were backing up REM, she did not fully become mine until a year later, when she stood on a stage with a man seven times her weight and sang Ave Maria.

Music creates meaning beyond words, and helps us understand more fully how we feel. In 1996, I spent time in Buenos Aires living with an Argentine family in an effort to learn Spanish. My first Spanish words were ‘ida y vuelta’, as buying a return train ticket from the sticks to downtown was my daily duty.

On the train, I had music in my ears, and Dolores singing live became a special favourite. There was something disarming in her ‘how’s it going?’ to the crowd in Modena as she settled in to sing a duet of ‘Linger’ with Simon Le Bon. And then she paired up with Pavorotti for the most unlikely and yet perfectly plausible singing of Ave Maria. It is a performance that is so wistful, so precarious, so charming that I have placed it in my personal Hall of Fame.

In Dolores there was something new. She was brave in the range of notes she took on; she worked her voice from its pasaggio – that place where we move from chest voice to head voice and back again to chest voice – with all of the risks that this entailed; and she sang with a strong, almost thick Limerick accent.

As we pulled along on the train journey to Retiro, veterans of the Malvinas War would walk the carriages begging for money. Many with limbs missing and destitute lives. I was a world away from home, embarking on a new adventure. It was at once confusing and liberating. Dolores was my link. Her voice – low, bright, sad and free – explained to me how I felt.

Maybe it can explain something of how I feel now too. Now that she is gone. Now that her life has come to an end, away from home, in a damned, stupid hotel room.