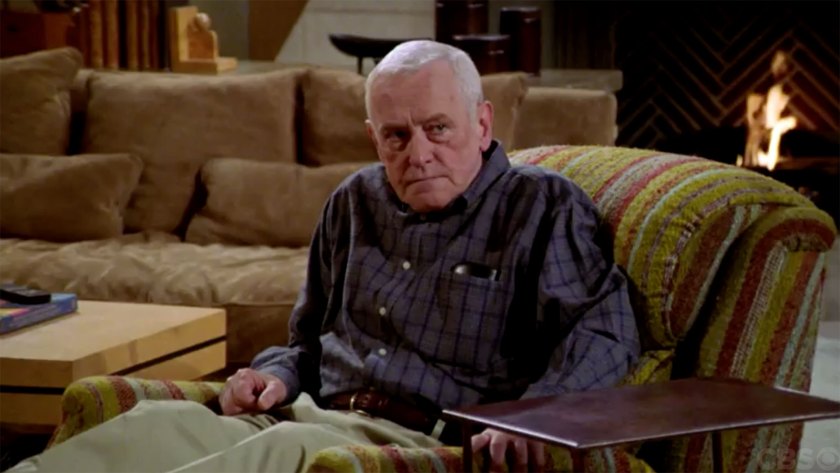 John Mahoney’s true love was the stage. After his role in ‘A Long Day’s Journey Into Night’ in Galway, he remarked to his friend, playwright Tom Murphy, on how silent and intent his Irish audiences were.

‘That’, said Murphy, pointing to the stage, ‘is because what goes on up there is sacred to us’.

Although he respected the film and (notably) the TV work which brought him global fame, Mahoney was most gripped by theatre, that place where communion with an audience could be visceral, creating unforgettable moments which sometimes, in his own words, reached the “divine – touched by God”.

I have been a Mahoney admirer for some time. The singular fact that bound me to him was tardiness. He started professional acting in his late thirties and only got motoring in his fifties. As if to emphasise the point, he spent a decade editing a medical journal before ever treading the boards. John Mahoney took his own good time, and marched to his own good beat.

There are many role models in life of ingenues who grab the world and make it their own by the time they are sixteen. Our culture loves to detect and fete the first rose of summer. As do I. It is delicious to discover someone fresh. Hailee Steinfeld’s star turn in True Grit, for example, is an artistic treasure to which I regularly return.

But life continues after the first act. We each get older. The median age in Ireland is 37, and rising. At some moment in most lives, we desire to find second and third winds, to be inspired towards fresh impetus. Mahoney was a man who spoke directly to this need in me.

His most famous TV role was as Martin Crane in the eleven seasons of Frasier. Mahoney embodied a wizened, worldly, blue-collar presence in the company of two adult sons who, unaccountably, ended up as outrageous and deliciously fallible snobs. Frasier Crane was master of blundering condescension. His brother Niles Crane was the effete perfectionist always willing to bounce back from humiliation. Their father spends most of his time on a reclining chair with his dog, commenting on the farce that goes on about him. Mahoney’s character, full of aged wisdom, plays the audience – and he plays us oh so well.

In truth, he was never much interested in the fame. Mahoney tended to avoid the trappings of success, mostly avoided the reunions after the show ended, and simply returned to his beloved theatre.

In my late thirties, when I returned to take full-time singing classes for a period, I discovered a bonus to which Mahoney often alluded – that competition is less febrile when you’re fifteen years older than every other candidate in the casting room. I ended up getting singing roles rather unexpectedly because every opera has a cranky old man. I found myself being cast more for my age than my voice. But I still got the gig, and still got to take the ride.

Trying something new never gets old. I have felt the delicious pang of discovery already in 2018: in tasting India for the first time; in being challenged by the thinking of Douglas Murray who elicits resentment and reverence in equal measure; in collaborating with a client on a project to understand the meaning of bereavement and the pressing needs of the bereaved.

There are many lives yet to invent within this single life we possess. It is never too late to audition. I know this, because the late John Mahoney (1940-2018) taught me so.