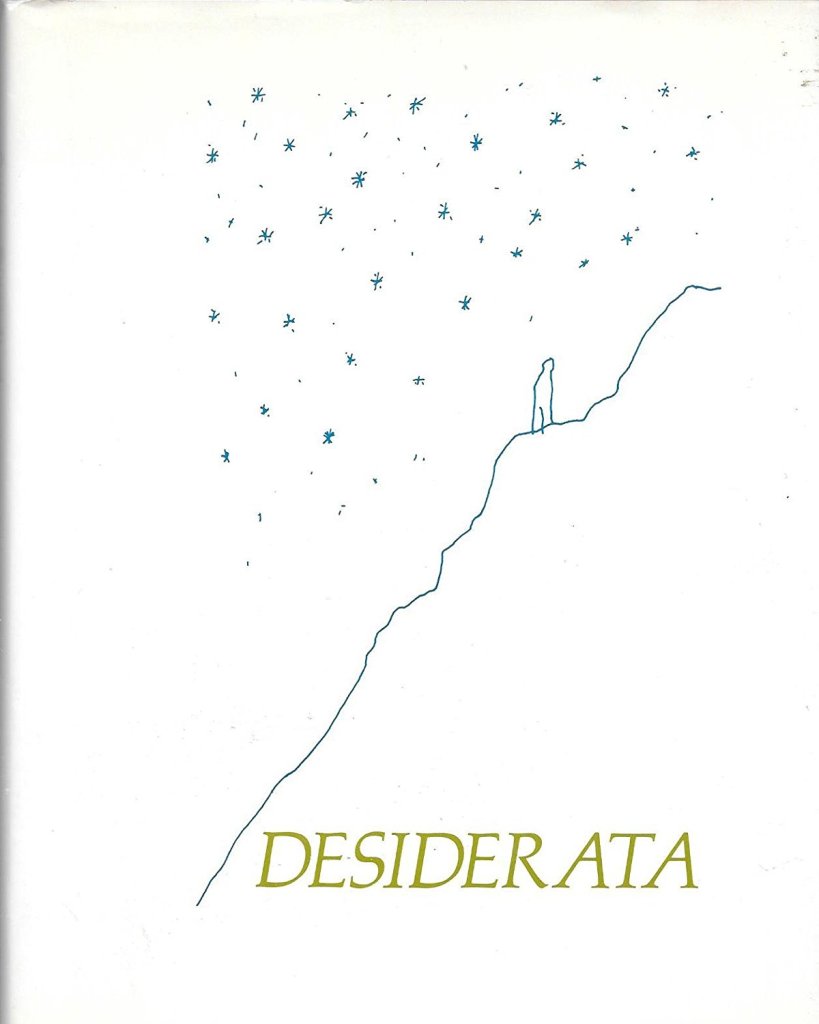 When Max Ehrmann wrote his beloved prose poem in 1927, little suggested that Desiderata would live on beyond him. In open verse, the Latin title of which translates as ‘that which is to be desired’ encapsulated his own life’s philosophy. It was his way to pass on the wisdom of his 55 years of life experience. Posthumously, it became a global sensation.

I have visited Desiderata again and again in my own life. It hangs in my office. Every so often my eye notices it afresh, and its world – clear, compassionate, self-loving – jumps off the page, acting to motivate my thinking and my actions.

This month, I am working with two separate clients on the pesky challenge of creating a brand world for their brands (one in luxury services, one in alcoholic beverages). We wish to articulate the universe in which our brand exists; that which makes its context unique; that which makes it tick; those things which it should avoid as well as embrace. The brand world is a key milestone in bringing our ideas on a page into a reality in the world. It is a bridge between strategy and execution.

Our experience tells us that the task is not an easy one, yet its success is vital.

In mulling over the challenge, my eyes strayed to the wall in front of me. Desiderata. What about Desiderata? I went to ‘the youtube’ (as my Mum calls it) to hear its words recited in my ear.

Richard Burton has recorded a version, but his delivery is just a little hasty. Desiderata should not be rushed. It was Mister Spock (Leonard Nimroy) who achieved the best balance, his words having the added benefit of zero background music. Sometimes, words really are enough.

Max Ehrmann was an exceptional strategic thinker who knew how to bring his philosophy to radiant life. In Desiderata he creates a brand world for the most important brand of them all: life itself.

As I listened, I could trace his world using the rudiments of planning – clear in its context, its purpose and its essence. It was super-specific in what it stood for and stood against. And, most of all, his world had a tonality that was coherent, consistent and unmistakable. Ehrmann’s wisdom of living became a three-dimensioned place. To hear it explained was to put a thirst on you to rush out, placidly, and join in its expression.

I have resolved to create our brands’ worlds this month by using means beyond the planning devices and imagery in my regular tool kit. This month, we’re upgrading. This month, we will layer in poetry: each brand’s world, expressed in a prose poem of gentle craving.

We shall see where this brings us. I have high hopes.

The ideas behind the world’s greatest brands are not an act of commerce, but of artistry. They endure and become profitable because they speak to a human truth, devoid of contrivance. Their worlds stand proud for the ages. Because they express that which is to be desired. 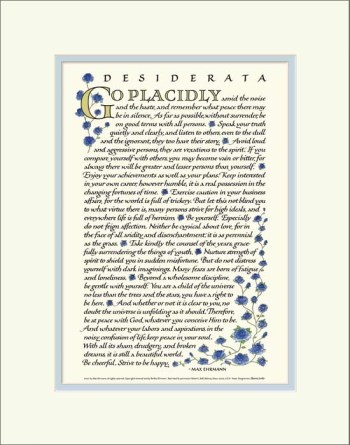