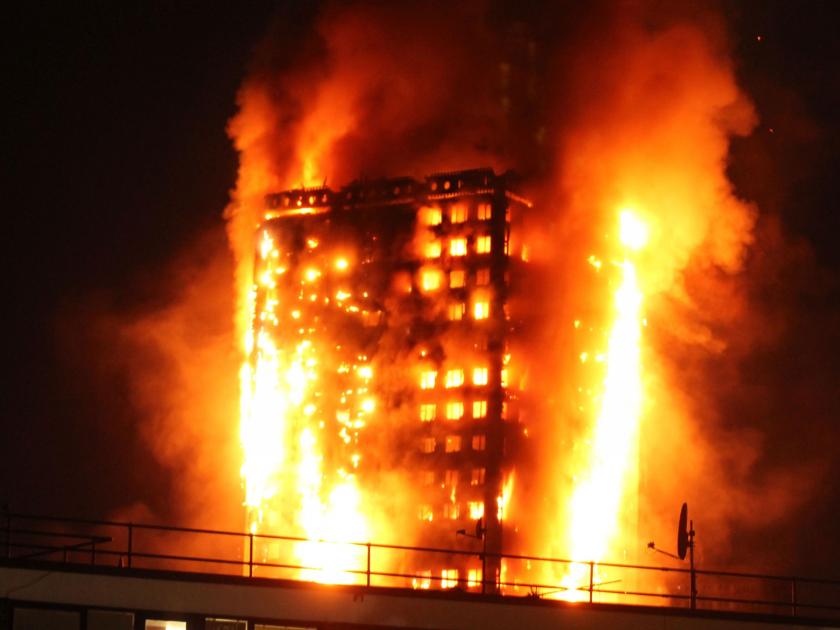 As the flames danced behind the cheap cladding of Grenfell Tower, there was a brief moment when the story’s end was not yet told.

Fires in cities happen, of course. Even spectacular high-rise fires can occur – like those of Dubai. But their drama seems vastly to outweigh their seriousness. We have become habituated to competence overcoming chaos in the final stretch. There were no injuries in the Emirates, despite the spectacular scenes. It was all Arabian bark, without bite.

But Grenfell is different. It produced an inferno from another time. The visual shock of a 24-storey building engulfed in deep-orange flames created impact principally because it does not belong to a modern city. It vaguely recalled the Blitz, yet the pictures were in full colour, not sepia. Or perhaps represented some stolen time-travel back to London’s Great Fire of 1666, a calamity which destroyed more than three quarters of the city, although, by also obliterating its rats, London town emerged cleansed of plague.

Grenfell quickly took on the troubles of a nation. In the shocked faces of its mostly minority, mostly working-class, often migrant surviving residents, the story of an unquiet people was etched. London was burning, and not equally.

The council block of Grenfell sits in the Conservative borough of Kensington & Chelsea, famously site of some of the world’s most expensive real estate, and most privileged citizens. The borough had voted against Brexit by a whopping 69%. There were, in the end, many and varied reasons to remain in the EU if you lived in Kensington & Chelsea. Those at the bottom of the chain and those at the top had found common cause.

The general election on June 8th 2017 placed the fissures of the borough in starker relief. The Conservative candidate in Kensington, Victoria Borwick, polled 16,313 votes. Her rival and Labour candidate, Emma Dent Coad, polled 16,333.

Thus, Ms Dent Coad won with a majority of just 20 votes, after 3 recounts, overturning a Conservative majority of 7,020 in the previous election. On such tightropes do those who seek power make their worried way. Especially in times such as these.

Britons have endured the slaughter of their children at a pop concert in Manchester, by the hands of some radicalised idiot. They then refused to reel as fucked-up, misbegotten ISIS recruits ploughed a van into pedestrians on London Bridge. All of this can steely Britain face down. The enemy without will not prevail.

It is the imposter within that leaves you reeling most of all. Theresa May’s brittle response to Grenfell’s downtrodden victims, whose lives had been destroyed by a systemic failure to protect their best interests, has been disastrously poor.

She may still be in government, but her energy is near spent. Her values are near bust.

The atmosphere is taut.

At times, the press and commentators seem to deploy bullying misogyny rather than keep the focus on her competence, and on her effective leadership. When a nation is troubled, the resulting stew is ugly, blunt, merciless.

A Great Fire is taking hold in London. Its slogan is defiant in the face of the power, politics and profiteering which have brought about murderous inequality: a plague on all your houses.