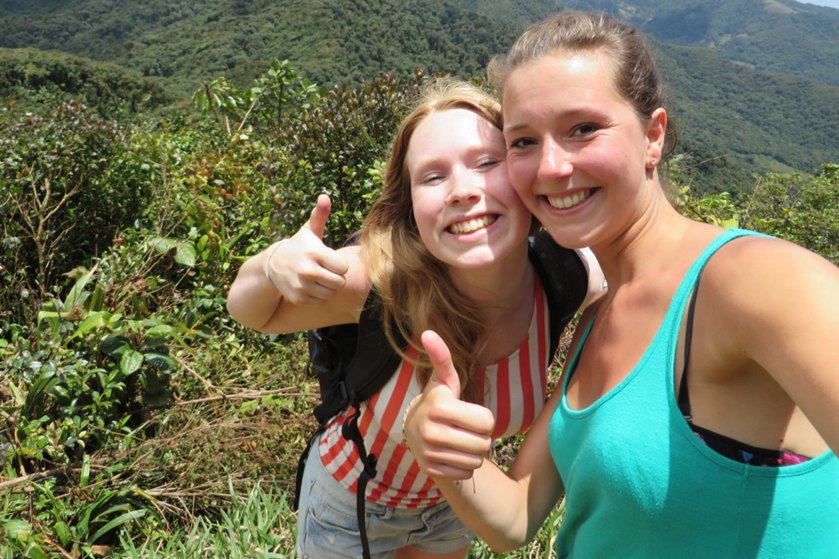 Meaning Of Mystery: The Lost Girls Of Panama

I have drifted in my leisure-time media consumption, both in form and in content. It used to be that every narcissistic turn of Trump would drag me to a screen, anxious to decide if I was witnessing Barnum’s Circus or the End Of Days.

But no more. I’ve given up on lies. I’m fed up with TV. My media habits are now about change.

There is benefit in wandering from one’s usual fare. In place of Donald The Deceiver, I’ve opened myself to intelligent podcasts from American Conservatives, challenging those things I for so long have taken as givens.

Smart Conservatives often offer a more cogent response to Trump than Progressives (the latter so transfixed by revulsion that they demonstrate a deficit of independent thought).

I recommend Mad Dogs & Englishmen, The Editors, and Radio Free GOP, if you happen to hear the calling.

Man does not live on a diet of geopolitics alone. Podcasts have helped me find individual stories of real lives which are eloquent stand-ins for global truths.

It is for this reason that I have discovered a sub-genre of True Crime which I loosely call ‘True Mystery’. It has me begeistert, as the Germans might say, but not because it enthrals. ‘Mystery’ here is distinguished from its fairytale step-sister ‘wonder’ in that it is not the celebration of life, but rather its interrogation. Such puzzles are sent to us as mirrors

This week I read a longform article called ‘The Lost Girls Of Panama’, and listened to a separate podcast from True Crime Garage, and a YouTube episode from Shauna Rae, each examining the case with different points of view. Understanding is the love-child of curiosity and perspectives. (I acknowledge that there is way more to read, listen and discover than I have done to date.)

‘The Lost Girls Of Panama’ is a story that lingers, so human, relatable and heart wrenching are its coordinates.

The mystery of why these women were lost casts some light on our human condition. But I get ahead of myself. I must first sketch the outline of what is known to have happened…

Arriving in the tropical town of Boquete in northern Panama in 2014, Kris Kremers (21) and Lisanne Froon (22) entered a pulsing zone of natural beauty about to move from its dry to rainy season. The young Dutch friends took advantage of some downtime before their volunteering work would begin, and decided to spend a day hiking a well-established sendero (or path) called El Pianista to a panoramic summit. In a few  hours of hiking, the trail would take them to Boquete’s famous El Mirador, the mountainous summit lying high above the town, and (usually) above the cloud line.

El Mirador. Meaning ‘Lookout’. That is to say: trek up here; look about; go back home.

El Mirador is distinguished not just by its altitude and inspiring views. It also lies on the Continental Divide – the hydrological invisible line which determines the direction of the watershed. West of the Divide, rain flows downward through complex river systems bisecting rugged and untrammeled terrain. Chief amongst these systems is the Culebra (or Serpent) River. Vegetation and navigation west of the Divide is dense and bewildering, notably different to the benign East, from whence the women set forth. East of El Mirador (in the direction of Boquete), precipitation is less heavy and takes a more languid and transparent course, ultimately draining into the Caribbean Sea.

Lisanne and Kris – beautiful, joyful, athletic – completed the three-hour Pianista hike in just two hours. They arrived to the top at 1pm on April 1st. It was a clear and warm day. All they had were the sparse clothes on their backs, one bottle of water between them, their phones and Lisanne’s Canon camera, all packed in a cheap nylon haversack you might pick up for under €10. They clearly were counting on returning that day.

But they never came back.

Not that day. Nor the day after, when the rains began. Nor five days later, when their four parents arrived from Holland, posting a $30,000 reward for their daughters’ discovery.

Panamanian authorities, painfully slow to act at first, launched a massive hunt of the treacherous terrain west of El Mirador. A Dutch swat team worked alongside them. But nothing came of it. The ‘Holandesas’ had vanished.

Until six weeks later, when Lisanne’s haversack was discovered on the banks of the Serpent River. In it, her camera, their two phones, and $83 in cash.

The girls’ mobile call-logs told a tale of mounting horror. The had made many failed emergency calls, beginning late on the afternoon of April 1st, and attempted for many many days to establish a phone connection. The deep jungle precluded any workable signal.

The photographs from Lisanne’s Canon camera would make the heart ache. We see happy selfies at the Mirador summit in the early afternoon of April 1st. Then a few photos confirm their descent to the west – away from Boquete, and into the jungle west of the Divide. By all appearances, they are alone and they seem happy in their decision to continue to the other side rather than return the way they came.

Then things turn bizarre. A single image (No 509) has been erased from the camera and is no longer retrievable. Authorities confirm that such a deletion cannot be accomplished from the camera alone, as it necessitates connecting the device to a laptop. No more photographs are taken until April 10th. On that day, in the dead of night, a series of over 90 flash photographs are taken. Their intent is unclear, but they seem to chronicle an important event – like a fall, or death, or parting – which the photographer needed to remember.

This haversack’s discovery triggered a further search of the Serpent River. This uncovered sparse skeletal remains, some unaccountably bleached, belonging to the young women. The gruesome find confirmed their deaths. The only mystery that remained was the why.

Many respected commentators are fully convinced of foul play, although both Dutch and Panamanian authorities for the moment believe the more likely scenario is that Lisanne and Kris were lost by way of accident. (It is presumed that Lisanne succumbed to an accident and her loyal friend survived many days before finally expiring herself).

While the interpretation of the phone records suggests misadventure, the erasure of photo No. 509 and Kris’ bones being bleached lean towards nefarious, third-party involvement. In short, murder.

Occam’s Razor – a problem-solving approach which asserts that simpler solutions are more likely to be correct than complex ones – has a difficult time of it. In the absence of full information, obvious doubts remain.

Perhaps the canniest explanation is that a combination of the two happened. That the girls erred off the path and got lost; that a bad actor then came and found them.

We do not know for sure.

Mystery gnaws. Within its greyness is a call to reflection. How to make sense of it all? We refuse to give in to the nihilism of Macbeth, who, when reflecting on his life offered simply that ‘it is a tale told by an idiot, full of sound and fury signifying nothing’.

Chapter 3: The Price of Adventure

The pivotal decision of Kris and Lisanne that day, it seems, was to continue beyond El Mirador. If there is a moment to undo in this sorry tale, it is this. Psychology terms it ‘the distal cause’ – the critical choice from which all subsequent events would be derived.

But why would they have chosen to progress into unmarked territory, clearly in the opposite direction from Boquete?

The decision is only an error in retrospect.

Having spent time with their story, I feel at one with the spirits of these young women. I too might have made that choice. When we are young, we are primed for adventure. We refuse to accept that a day might essentially be done by 1PM. We push against boredom. There’s no fun in doubling back on your own tracks. We feel most alive when we venture onto paths unknown.

Perceiving the world in this way is adaptive, an expression of our deepest humanity. The desire to venture forward, although softening with age, lasts our whole lives long. People opt for the unknown in their careers, in their relationships, at the ballot box. Not knowing the outcome is a medium of growth.

But within it lies risk, especially in our salad days.

Being young, we are ill-equipped to recognise the unseen divide that lies within such decisions. That invisible watershed between weal and woe.