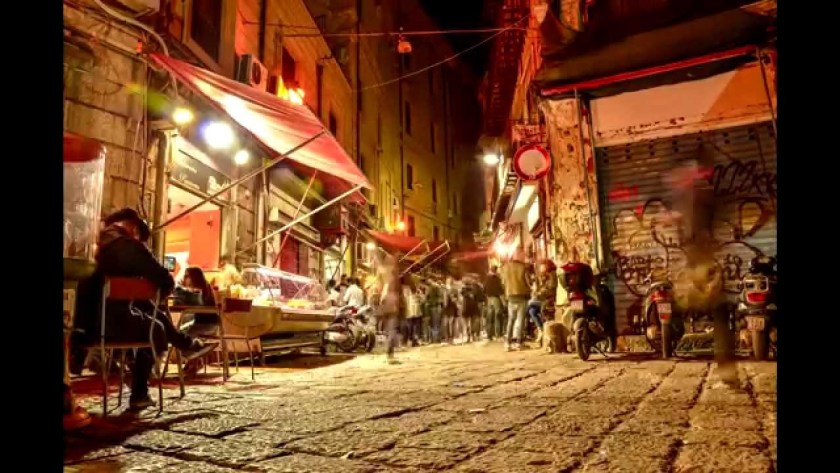 It is my destiny never to get to the bottom of it. I no longer seek to understand why this city, part of a nation devoted to aesthetics, can live in such a formidable, expansive and all-embracing dump.

I am not talking of the buildings of Palermo, rich in history and charm, stacked high and romantically crumbling, pebble by pebble. The architecture is so varied it could hardly be described as a dump.

Nor am I talking of the city’s driving habits, challenging and all as they are. The locals think in millimetres and have a keen sense of trajectory; how else could they survive motorists hell-bent on making progress through the most improbable of traffic, and squeeze between cars so tightly parked that Santa Rosalia herself could not navigate? The drivers of Palermo make the city a stage for drama. They do not make of it a dump.

It is the rubbish that does that. Domestic refuse envelopes every conceivable part of this place: scattered around long-overflowed bins, tossed out onto footpaths and in every other parking spaces, abandoned in the rain gullies of street upon street upon street. Palermo is a giant, inexhaustible tip.

Beautifully laundered clothing is pegged on Juliet balconies, a faint floral smell of detergent detectable to those who walk below. Restaurants parlay exquisite quality produce into sensational dishes of food in a manner that has one scurrying for a notebook, lest you forget where that miracle happened. All the time, in the streets, the rubbish is medieval.

My first instinct was to place blame, at the foot of citizens or politicians or corruption. But, as the days draw on, my interest in understanding it wanes. The optics of a city eventually give way to its humanity. And I have fallen for Palermo.

Unlike so many cities in Europe which have given their principal streets and buildings over to tourism, this is a town which belongs to its people.

Ambling through a triangular piazza in the old town, lying close to the working class port area, we are outsiders who are largely, and thankfully, ignored.

It is Saturday evening. The streets are lit in a deep orange, soft light. The smell of roasting chestnuts fills the air with an oily, sweet aroma. The absence of wind means the wafts of fragrance hang above their vendors, awaiting the swoosh of a bicycle or the sprint of a youth to disperse their magic spell.

This is a tableau reminiscent of the 1970s. Children run and play, some on scooters, some kicking stones. One smirking child of ten takes a brown beer bottle in his hand and strikes the wall. Once. Twice. He is seeking attention, although little comes his way. Parenting is relaxed and from a distance.

From time to time, the blaring music of a slow-passing car intrudes on the scene. A late teen, impressing his girlfriend with a souped-up, battered vehicle, chooses just the right Eurovision pop song. It pounds from his speakers.

Young men gather in pockets, talking and smoking, saluting each other with two kisses while they wait for eat-in-your-hand pizza. Young women make their entrance, dazzlingly elegant, and greet each other following a slightly different ritual – just one kiss. Just one.

Every other hall door is open, the family spilled out onto the street. The long sun drapes from the balconies above, useful even in late October, sweep down to the ground floor plinths. In the thick orange air, they appear like abandoned ski jumps.

We sit for some time in the piazza, observing the theatre that surrounds us. It is a celebration of Saturday, without knowing celebrants. The people here are not practiced in self-awareness. They do not stand apart from their lives and remark on the beautiful manner in which they commune. They pass no comment on the atmospheric setting in which their evening rituals play out. They do not think for a moment of the chestnut aromas which so tantalise the nostrils and gauze the eyes.

Amid its rubbish, its noise and its intense living, we pass invisibly through these ancient streets of Palermo. We are un-judged as travellers. And we find no reason to judge in return.