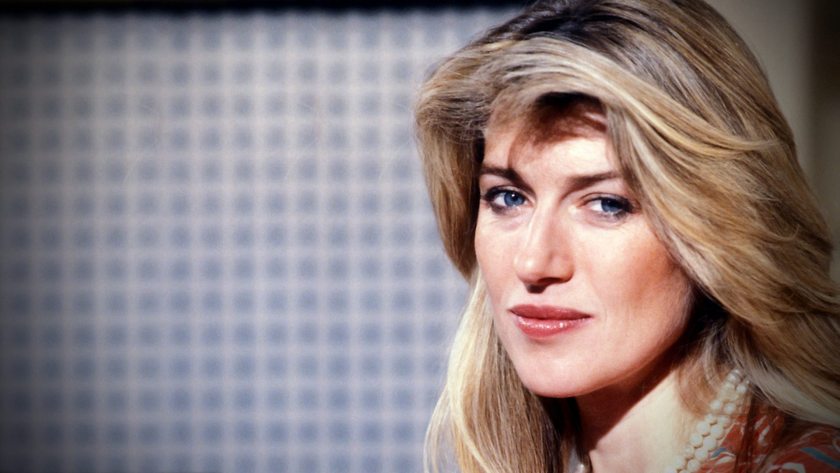 Putting On My Selina Scotts

Life is lived in a tumble of moments upon moments, each vying to gain our attention. In the helter-skelter of living, it is unclear which experiences will emerge important, and why.

When revisited, however, life becomes punch-clear. Certain events stand taller, and command more light. Casual facts become crucial evidence as we, Hercules Poirots of our own narratives, seek to explain the moments which made us who we are.

During the summer that I turned sixteen, I worked at a Post Office run by my uncle Ciaran, a caring, imaginative and wise man old enough to be my grandfather. He explained to me the beauty of opera, taught me how to seek out true quality in any domain, and frequently demonstrated that one should work hard not to miss the things that matter.

One mid-week morning in July, I arrived into work in Crumlin at around 10am (Getting up was a challenge at sixteen; so much so that I am surprised when any teenager shows up before noon). In the corner of the Post Office, away from the eye-line of customers but clearly in our view, was a temporary, very bockety television set. Wires were curled and splayed from the back of it, making it look like the ongoing experiment of a mad professor. It was, in the rising heat of the day, a televisual mayfly; alive, but not for long.

Uncle Ciaran was crouched in a corner with an elderly woman explaining her widow’s allowance in low and respectful whispers. Even if he had to repeat his advice four times over, he  never tired in his endeavour. At length, he came back to the Post Office counter, and we sat at two wooden stools together, helping the ordinary people of Crumlin put money in their savings accounts, send support to their separated spouses, cash their pensions and buy their TV licences. That is, with the exception of pensioners, for whom TV licences were free.

A pause in the queue was his opportunity to explain the many-wired television. ‘It will only happen once’, he said. ‘We can’t miss a thing. Kiri will be singing’.

It was, that bright Wednesday morning, the day Lady Diana Spencer married Prince Charles. Ciaran was prepared. We were going to pay pensions and witness a wedding.

Selina Scott, the famous news presenter of ITN, filled the little screen. In her cool and sensual voice, she explained the tick-tock of how London Town would witness the event, took measure of the feelings on the street, and prepared us for the first images of the nineteen year old girl whose life would metamorphose before our eyes.

The bride unfurled her dress as I stamped 5-pence savings stamps etched with the image of a docile cow. Kiri Te Kanawa sang Haendel’s beautiful notes as I explained to a customer how to apply for Children’s Allowance.

As Diana said ‘I do’, both Ciaran and I stopped all Counter Service, and simply stared up at the screen.

‘How could you not see an event like today?’ he said to me. His dodgy, tenuous TV wiring seemed to confirm his words: the things that are unmissable are indeed feted to never go missed.

As the day wore on, the voice of Selina Scott was the backdrop to its unremitting joy. Being sixteen, the moment played out just like any other. The Royal Wedding was simply a thing that happened.

Just a few months ago, on the 20th anniversary of Diana’s death, I came across a TV interview that packed a punch. ITN was revisiting the journalists who covered the Princess’ life in the media. Suddenly, who filled the screen only a living, real-time Selina Scott. The same cool, sensuous voice. Still a very beautiful woman. She had quit mainstream media years previous. I had not thought of her for an eon, but there she was.

‘Selina!’, I said. What ever became of Selina? The interview gave no inkling, as she spoke of the wedding and not of herself.

But the internet is made for such questions.

It transpires that Selina moved back to her native North Yorkshire and had found a path so fully counter to London media that it took me a cool moment to take it in.

Mohair socks. Cashmere socks. Socks made with the wool of yaks. Something stirred within me, as I considered the trajectories of my private Royal Wedding on that day in 1981. The widow to whom Ciaran so patiently explained her entitlements was dead within the season. Ciaran himself, the uncle who shone so brightly as a person of kindness and insight in my young life, died in his sleep four years later. Diana would have a tragic rendezvous in a Parisian tunnel sixteen years after those vows in St Paul’s Cathedral.

Selina Scott and I were Royal Wedding survivors. We were still here to weave the tale.

I got on her website and ordered a couple of pairs of knee-length mohair socks. Yes, knee-length. Of course, Mohair. When one buys socks, one should always purchase socks of the very best quality.

They arrived in the post recently and today is their first outing. As I walked the dog, I felt the cool comfort of silk-like mohair cling to my feet and calves. All of the immersive power of that summer’s day aged sixteen, channeled through my pair of Selina Scotts.