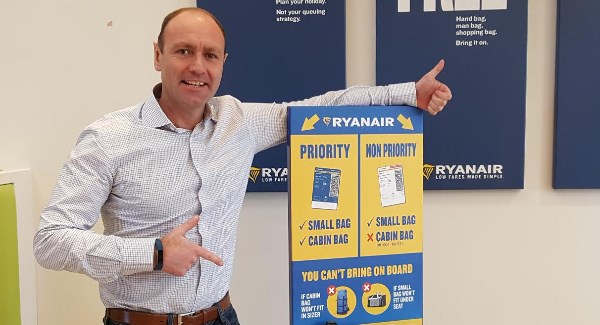 Ryanair and the culture of ‘non-priority’

If you ever doubted the ability of one person’s influence to permeate a culture and make drones of living, breathing adults, look no further than Ryanair.

This is an enormous, profitable, innovative airline that is pancreatically sick. Sickness breeds apathy, insensitivity and ultimately the erosion of humanity. No matter how lofty its share price nor how high-minded the benefits of travel to the human experience, Ryanair infects us all with its malaise, invisibly eroding the fabric of our culture.

At the heart of the problem lies bullying.

To be a bully is to misuse power to the disadvantage of others, be it emotionally or practically. Look carefully at the myriad skirmishes Ryanair has had with its own employees. Aggression and hostility, beloved stock-in-trade of the bully, lies somewhere near by. The dogs in the street know that Ryanair mistreats its people. The savvy canine also knows that a mistreated individual is likely to perpetuate the dysfunction. To kick the cat, so to speak.

Europe’s largest airline is distinguished in its ability, and apparent interest, in bullying its customers too.

I am seated waiting to board my Ryanair flight as I write. Its handy schedule to my destination meant I had to subject myself to the experience. It was not an act of masochism, but rather one of professional necessity.

I have been harassed since I attempted to check in. Bamboozled with confusing demands to spend more money buying insurance, seats, baggage, car rentals… The button to progress to ‘check-in’ is the last option that is made clear to me. Worse than Marrakesh on market day, Ryanair is committed to pursuing its customers; cat calling us, bombarding us. It is an assault not of happenstance but of strategy.

The blue and yellow monster loves to belittle those who won’t fall for its wiles. Its past-practice of forcing customers to unpack their carry-on luggage in full view of others, and wear extra layers of clothing so the carry-on fits into the iron cage, was such a master stroke of humiliation. It may have ebbed from view, but its spirit remains.

Today’s belittlings are more sophisticated and institutionalised. My boarding pass declares that I am ‘non-priority’. Note the aggressive language. Most airlines have the grace to conceive of extra benefits as ‘premiumness’ to their classic or standard offer. Not the kindly Ryanair. They are bent on labelling the cheapskates. Because Europe’s low cost airline simply hates those who opt for low cost. I am segregated into a line which itself is called ‘non-priority’. The agents I meet along my way adopt an affect of authority, deciding the fate of my carry-on luggage through whimsy dressed up as rules.

This airline is not a service provider. It has zero interest in the mind-expanding benefits of travel. It is a herding machine for profit.

And the centre cannot hold. The most functionally lucid airline in Europe finds itself boggled, out of step with our culture. Bullies of the world are being taken to task. Their power holds only when the objects of their disdain feel they have no choice.

In order for Ryanair to cure its sickness, it must pass through fever. Recovery will be won through crisis. I don’t know whether the trigger for crisis will be pilots, or females, or regulators, or cabin crew, or passengers, or mechanics, or competition, or an act of stupefying malice by the bully-in-chief. It may arise from pent-up micro-aggressions or from acute calamity.

But arise it will.