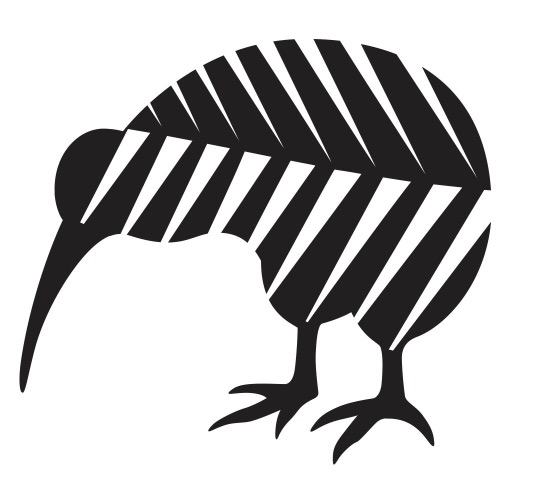 If Australia is the wizened, desert-scarred soul of adventure, New Zealand is its comforting Eden to the south, possessed of a physical beauty so great that night itself might ache for its own dismissal.

Millions of years ago, this land became one of Nature’s finest experiments, when it drifted away from the vast Eurasian continental landmass and developed its own unique flora and fauna which nurtured one distinguishing feature: the complete absence of any land mammals.

Eden became the ultimate vacation zone of birds, which, long used to predation, had developed flight as the game-changing new dimension of survival. But not so much here. Birds, it transpired, could afford to be lazy in New Zealand. Why fly when you don’t need to, they asked?

And they were right. Ask any kiwi and they’ll tell you so.

Of course, the real absence to celebrate was that of human beings. This country was untouched by humanoids until the beginning of the 14th century.

The 14th century! I sing music composed earlier than that.

And so it happened that New Zealand became a land of three major invasions. The first by the Maori in 1300. The second by a focussed mercantilist Dutchman called Tasman in 1642. And the third, most famously, by Captain James Cook in 1769.

What must the perambulating birds have thought when those first Polynesian navigators arrived? What were they to think of the domesticated dogs and stowaway rats which accompanied those sophisticated sailors? What were they to feel when they saw their numbers dwindle, most especially in slow-breeding species, as a cascade of extinction began to make itself known?

Perhaps the birds were sanguine. There is no Eden that lasts forever. Every victor must eventually expect a fall. And even though New Zealand was spectacularly successful in avoiding mammalian influence, it too was forced to submit.

It is neither the first incursion (Maori) nor the third incursion (Cook) that fascinates me in New Zealand’s narrative.

Rather, it is the second.

In 1642, Abel Tasman thought that he had discovered an archipelago connected to Argentina. He was not particularly moved by this errant island to the south. He was a practical chap. He focused more on it as a source of water for his fleet, given its possibilities as a trading nation were demonstrably limited.

Across several days anchored off the South Island, the Maori came for his blood. Four European sailors lay dead. One Maori lost his life. And then Tasman fled.

But what were the Maori to think of their unwelcome, strange-looking visitors? How did that singular event go down in their lore? Did they see those Europeans as spirits? As mortal enemies? As neighbours?

And how well did they sleep at night, for 127 years, as they awaited their eventual return? I feel sickened with the anxiety they must have felt. Knowing how much potential that erstwhile invader had. Never knowing when they might reappear. And then, the obligation they must have felt to tell their children’s children – so that the threat might never be forgot.

As I sit in this land of courteous beauty invented by Nature, inspired by Maori, then shaped and tamed by Britons, I am aware of the layers of history that lie beneath.

This place, the greatest experiment known to Mother Nature, is temporarily subdued yet wondrously beautiful still. It is a place apart. A place where the people are known by the name of birds, where the white man proudly chants the song of the Maori, and where, every now and then, a seismic event reminds those who walk here, of who really, really is in charge.