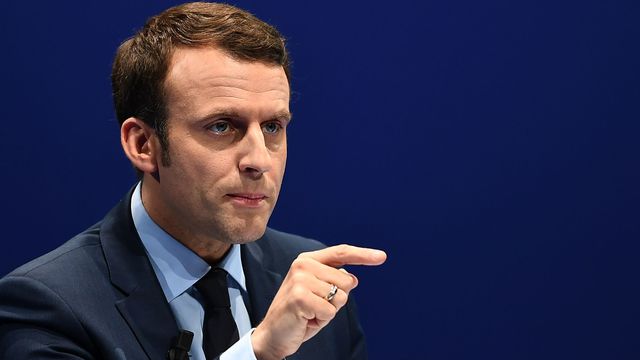 The Next President of France

It is easy to be distracted by the personal story of Emmanuel Macron. And yet, within his tale of difficult love lies his essence. Because Monsieur Macron is a man who quickly knows what he wants, and sets out to get it.

As a precocious 15-year-old student who ‘knew everything’, he became the talk of his classmates. One went home and told her mother, a drama teacher at the same school, about this exceptional teenager. She resolved to keep an eye out for him, in class.

The teacher’s name was Brigitte Trongneux. By the age of 18, Emmanuel Macron would have co-written a play with her, and, by force of his conviction and against the norms of his upper middle-class millieu, ended up in a relationship with her. In this manner, a woman 24 years his senior and his former teacher, became his wife. At their wedding, Macron thanked her children in particular – each of an age with himself.

The brilliant young man went on to have a brief, stellar banking career at Rothschild, before being drawn into politics. He quickly understood political machinations and, in 2014, became Minister of Economy, Industry & Digital Affairs at the age of 36. Two years later, Macron quit in order to create his own political movement with the catchy, semiotically emergent name of ‘En Marche’ (meaning ‘running’, ‘working’ or ‘progressing’, variously). He is now the leading candidate in France’s President of France in May 2017, and will likely walk into the Elysée Palace before he is 40 years old.

Because I have been so kidnapped by the chaos emanating from Washington DC in our current Trumpian times, I have only recently begun paying attention to La Présidentielle. The other night, I sat through a 3-hour presidential debate between the race’s five leading candidates, which TF1 had kindly posted to YouTube.

As I watched, I began to see the draw of le jeune Macron.

His physicality – slight, proportioned, handsome – radiates the aura of an alert superhero, determined to reimagine the world. Everything about Emmanuel Macron is vigilant: his eyes did not cease in darting the room. His palor was vibrant and arch – as if he were constantly readying to pounce. The same energy was expressed in his voice, with its high-tenor, nasal quality. It is as if he spoke with compressed energy – too many fully-formed thoughts moving about in his mind.

The National Front has a long and disgraceful career as a French political party preying on fear in order to stir populist rivalry. Its current dynastic queen is Marine Le Pen. Her thick-lunged, dismissive cynicism regarding Macron became the main theme of the evening; all other candidates (including Fillon) became fodder for this main plot-line. She was Mufasa, busying herself with handgrenades in the shadows, in contrast to the young Lion King whose blue eyes alone lit up the room.

All of politics is storytelling. Macron tells the story of a liberal, future-focused, re-energised France, in need of high ideals and full employment, delivered to the world with generosity, pragmatism and guile. Le Pen’s story is one of distrust, anger and introspection, imbued with a chilling warning of how bad things may yet become if we fail to return to that which we were before. Each story has a powerful and distinct emotional register. Neither depends on specific policy points to tell its tale and assert its differentiation.

These two presidential candidates will likely compete directly in the final run-off election, precisely because they offer sharpened, emotionally charged stories of what it means to be French.

Le Pen has risen in popularity by dint of her focused belligerent energy, and her ability to show up the French political classes as middle-aged, intellectual bureaucrats who bumble along, lacking backbone in a world which requires tough decisions. In Macron she has met her match. Her ad hominem attacks during the debate, in which she asserted things he neither said nor believed, did not pass uncontested. The ever-alert Lion King stood firm in his den, and directly attacked Le Pen’s premise.

‘I am not in need of a ventriloquist, Madame le Pen’, he responded. Indeed not.