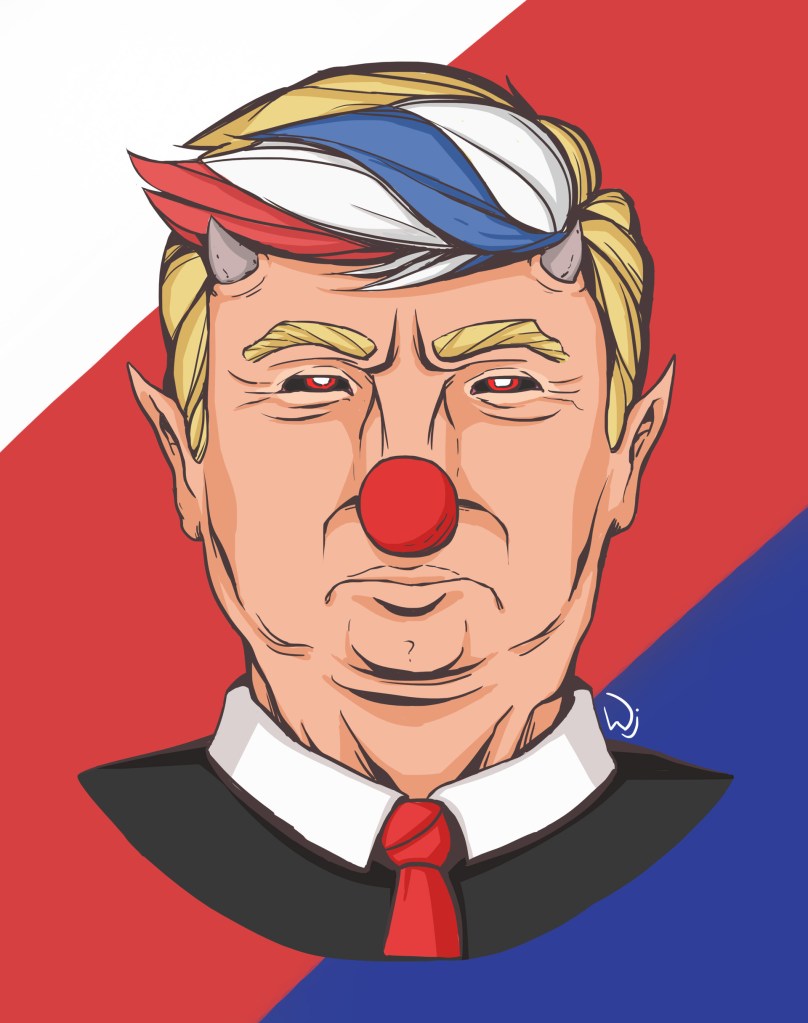 Why Trump Is Here To Stay

– When a guy makes stupid moves on the draughts board, causing chaos and holding up the game, commanding attention and acting like a fool. That guy is only crazy until you realise he’s playing chess. So you’d better make sure you know the game in progress before you criticise the player.

– So the bloke’s all over the place. A mess. Undisciplined. From the hip. But when you look a little closer, you see that he’s channeling his vices carefully. Doesn’t drink a drop. Never touched drugs. Becomes fully lucid under oath. Before you dismiss the prince of bedlam, be sure his chaos-making isn’t an act of discipline.

– What’s infuriating is that he’s charming in person but a complete boor on TV. Once the Klieg lights are on him, he can mouth off and drive you into the ground. What an asshole. Until you consider that most politicians are famous for being the opposite and for doing the reverse.

– So he doesn’t read all the reports, doesn’t listen to all the detail from the cognoscenti, and seems to act on the world in reference to the latest reports from Fox News. He reads the New York Times and CNN only to slag them off. How ridiculous! How embarrassing! How anti-intellectual! But there’s really nothing wrong in following the ratings so you understand the people, as well as appreciating the facts. His job, after all, resides in mediating between the two.

– The failing political system of 2016, fraught with division and inertia, seemed to cry out for a shrewd operator who could really make it work. Until you consider that she had been around for 30 years. And Jeb had 25 years. And Cruz had 20. She had 30 years of chances and, for all her smarts, fell into the same traps every damned time. For the average American wanting to better his lot, only one option on the ballot held some promise – all those little lies in service of a bigger truth.

– By all of us raining scorn on his piss-poor vocabulary, his swagger, his lack of curiosity, his vindictiveness, his vulgarity… In doing this, it’s like we go see The Lion King on Broadway and come away talking about the beauty of the animals and the ferocity of the wildebeest stampede. When, really, the only thing of note is the artistry of the puppetry.

– By treating every rumour as quasi-fact for the ridicule of those who hate him, the media itself has become the soap opera. And it’s a soap opera that’s profitable, so the Trump machine had better continue. Finally, an entente: Trump acts the fool. Journalists act intelligent and name him a fool, creaming profits in the process. Trump continues on his way and the media becomes his mistress.

There is little reason to believe Donald won’t be around for eight years. The world’s leading Jester has understood his court well. For those who wish it were not so, it’s time to learn us some chess.