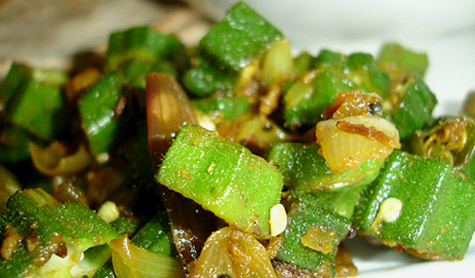 The first twelve hours in a country are hardly the basis for any decision beyond where to go for dinner.

What do I know of India? I have, after all, done precious little since my arrival on the coast of Columbus’ dreams. Landing in the early morning, I took a transfer and proceeded to ask my driver unending questions as I stared out the window of the car which, for some unaccountable reason, made sober progress at a steady 80km/hour.

Since arriving at my hotel – a sort of Euro-trash wicker furniture affair – I have perused The Chennai Times while watching the waves of Mahabalipuram come curling in to shore, tried a head massage (more on this anon) and have decided where to go for dinner. I’m here in the restaurant now. My order includes fried ladies’ fingers – a dish which, I am assured, is vegetarian.

I have not been to India before, and yet I realise I know one aspect of it well already: its people. During my 3 years working in the Arab world, in the early 1990s, I might as well have been sitting in Bangalore. The Middle East, at that time, was run by Indian and Filipino expatriates.

The Indian man I knew best was Bandadi. He managed our office in Jeddah, on Saudi’s west coast. I never figured out if ‘Bandadi’ was his given name or his family name. He had six children and a wife at home, and got back to India just once a year. He called me ‘Mr Brian’ and took such wonderful care of me, always delivered with dry humour and an acquiescent nod. His patience with the Arab bureaucracy in getting anything done was gargantuan. Of course, being Indian, this was his mother’s milk. For Bandadi, well executed officiousness was a beautiful thing. I recall him being singularly offended when a package arrived in the post for me, addressed to ‘Brusli Maclintire’. So many bureaucratic errors on such a simple, two-word name.

On my balcony in Mahabalipuram, I scan The Chennai Times as I acclimatise to the humidity, that other old friend of Arabia.

One hundred tigers have been killed in 2017 – a fact known by the counting of carcasses. It is a grisly total, and represents almost 5% of India’s tiger population. The article does not detail what needs to be done. Nor how one distinguished between a naturally deceased tiger and a murdered one. It simply presents the plight.

The plight of women’s harassment in the workplace is thoroughly covered, although the issue to hand is a curious one. There are almost no official complaints against Indian men by female employees, even though everyone knows what’s going on. I had remarked to my driver on the number of hotels marked “Ladies’ Hotels” en route from the airport. It is not what you might think. Women coming from villages to the city for work have a profound need to feel safe. They want lodgings well away from men.

Donald Trump woke up on January 1st 2018 and tweeted threats to Pakistan, India’s arch rival, that they are a useless shower who are delivering nothing in return for the billions of dollars the US squanders on them for aide. Trump has had enough. The newspaper imagines there will be ‘chortling in the corridors’ [of power in New Delhi]. Trump has made a sub-continent very happy for one day at least. Even in India, my enemy’s enemy is my amigo.

Bandadi. He was always so immaculately dressed in that high-rise, soulless office we worked at in Jeddah. I asked him one day how old he was. He was 48. At the time, I was 25. There was something in his manicured movements around the office and in the elegance of his posture that gave me pause. Bandadi’s hankering for his beloved children likely swamped any concern he may have had for his conjugal deprivations. I am voicing these thoughts for the first time now. Back then, such conjecture was too freighted with fear and self-loathing to ever surface in me. Perhaps Bandadi was the more liberated man of the two of us.

India has a bifurcated record when it comes to LGBT rights. Homosexual acts are banned in law and can attract a life sentence in prison. That’s a shit load of attraction, right there.

Gender rights, on the other hand, are progressive. India has culturally long understood that gender is constructed and hence exists on a continuum. The hijras are India’s third gender, recognised in law as needing both support and protection. At the centre of their experience is not gender miss-assignment, but a desire to live between the male and the female, in the liminal space. The word hijra means ‘quitting one’s tribe’.

The airport lies just outside Chennai and soon, as my transfer progresses, there are no longer high-rise buildings in view. Rather, we traverse a sort of fetid swamp-land, swollen still from the monsoons which have now ended. As I lift my gaze, the highest structure in the vicinity comes into view. A giant rubbish tip, moulded as if by gelatine, rises high above the land. Around it, crows swirl. And there, at its flat Table Mountain top, people walk, occasionally stabbing the ground with a hand staff. The scene, such an archetypal picture of Indian poverty, is rendered curiously beautiful by the rose-coloured orb of the morning sun which sits directly above them. It put me in mind of Van Gogh’s ‘The Potato Eaters’, each an evocation of the tragic beauty of the working poor.

Jet lagged and feeling only moderately adventurous, I decide to try an Ayurvedic Head Massage.

I have no expectations, which is a good thing. I spend 45 minutes having warm thick oils poured over the crown of my head, emanating from a rotating clump of fabric suspended above me. As my eyes are covered I am not sure exactly how this mechanism works. I imagine some sort of hypnotic circular motion which relies on centrifugal force for its functioning. The result, abetted  by a sleepless night on a wide-bodied aircraft, is fitful though deeply relaxing sleep, weighed only by the question of how I might get all this oil out of my hair in time for dinner.